A sheath is put over a three inch razor sharp blades are attached to lower end of birds leg , it is taken out just befofe the game cocks are ready to fight , the fight last around 30 secs to 2 minute, its a fight to death, at Cantabaco Province, , in the phillipines cockfighting is called 'Sabong", cockfighting is a way of life. and is entrenched in Philippine culture, particularly in the provinces, where it is source of income, it iis the country's national sport after basketball. 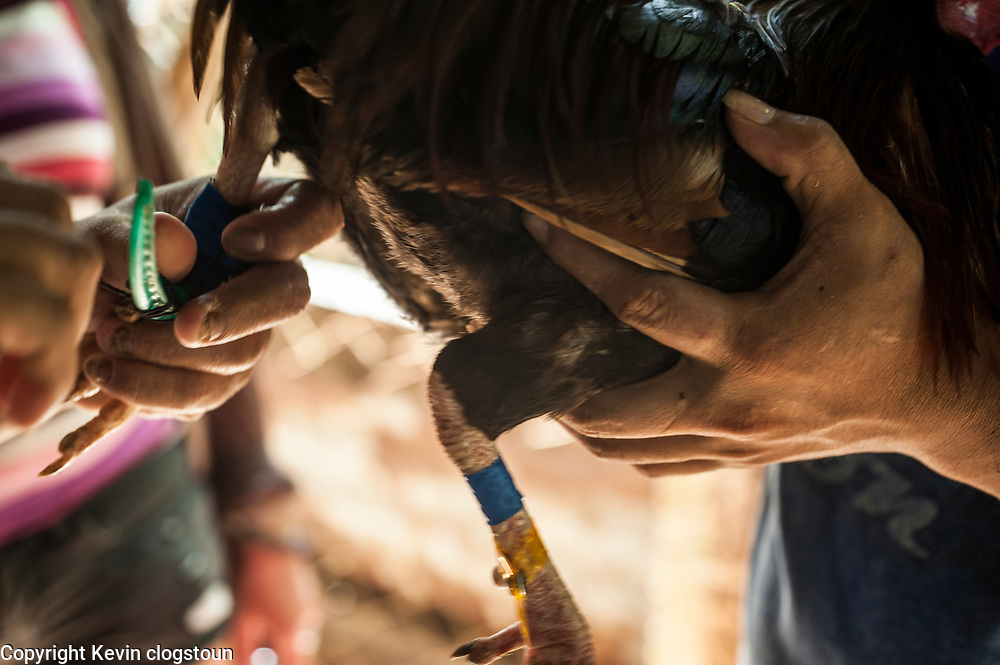